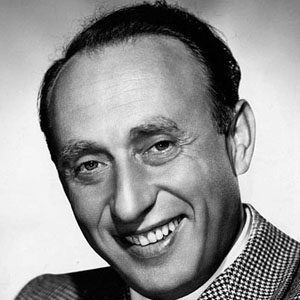 After beginning his career with the European division of Universal Pictures, this 20th-century movie producer worked in Hollywood for both Universal and Metro-Goldwyn-Mayer. He is perhaps best remembered for his production work on the 1951 Mario Lanza film The Great Caruso.

Born in Austria-Hungary to Jewish parents, he relocated to the United States when Hitler's Nazi regime began its ascent to power.

Over the course of his four-decade career, he received two Academy Award nominations and produced several Oscar ceremonies.

In 1936, he was responsible for casting a young Deanna Durbin in her first musical film, Three Smart Girls.

Joe Pasternak Is A Member Of