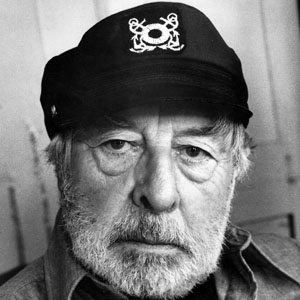 Remembered best for his work with the renowned American director and actor Orson Welles, this Romanian-born theater, film, and radio producer and occasional actor worked on Welles' 1937 Broadway production of Cradle Will Rock and earned an Oscar nomination for producing a 1953 film version of Julius Caesar.

After studying at Clifton College in England and subsequently working as a grain merchant, he moved to the United States and began his career as a Broadway producer.

He produced the infamously panic-inducing 1938 radio production of The War of the Worlds.

Born Jacques Haussmann in Bucharest, Romania, he grew up as the son of a Jewish-French father and a Christian-British mother. After his brief marriage to actress Zita Johann ended in divorce, he married Joan Courtney, who became the mother of his two sons.

An actor as well as a producer, he co-starred with Lindsay Wagner in the 1973 James Bridges-directed film The Paper Chase.

John Houseman Is A Member Of