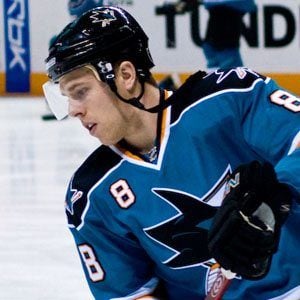 NHL center drafted by the San Jose Sharks in 2006. He was named the Sharks' captain in 2015 and he led the team to the 2016 Stanley Cup Finals. He won a silver medal with the United States national team at the 2010 Winter Olympics.

He won a Wisconsin State Hockey Championship with the Stevens Point Area Senior High Panthers in 2002.

He was given the nickname Little Joe by Sharks announcer Randy Hahn.

He married Sarah Pavelski in 2008; they have a a son named Nathan. His younger brother Scott played for the University of New Hampshire hockey team.

He had three straight multi-goal games in the 2010 Stanley Cup Playoffs, the first player to do so since Mario Lemieux.

Joe Pavelski Is A Member Of