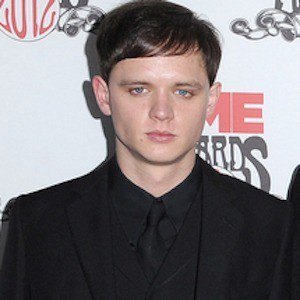 Drummer and percussionist known as one fifth of the English rock band The Horrors. The band has gained a substantial reputation for performing at prestigious festivals like the Latitude Festival and the Reading and Leeds festivals.

He and fellow member Joshua Hayward joined the founding members of The Horrors in 2005, rehearsing in an underground club called Junkclub co-founded by bassist Rhys Webb.

The 2008 documentary Counting in Fives, documenting The Horrors 2007 tour, premiered at the Sundance Film Festival.

His sister Isabel is one of the members of the London band Novella. He also married Harry Webb, the sister of bandmate Rhys Webb.

He performs alongside Faris Badwan, Rhys Webb, Tom Cowan, and Joshua Hayward in The Horrors.

Joe Spurgeon Is A Member Of