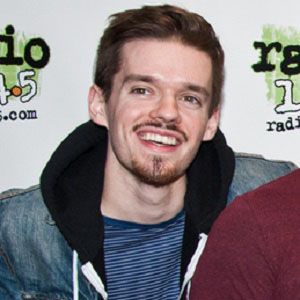 Musician best known as a drummer for the alternative band Walk off the Earth. He also has played a number of other instruments for the band, including bass, organ, guitar, and piano.

Walk off the Earth formed in 2006 in Burlington, Ontario.

The band's cover of "Somebody that I Used to Know" went viral after it was posted in January 2012, accruing over 100 million views in less than four months.

He is an Ontario native, hailing from Toronto. He grew up with an older brother named Jordan.

He and Sarah Blackwood are both members of Walk off the Earth.

Joel Cassady Is A Member Of