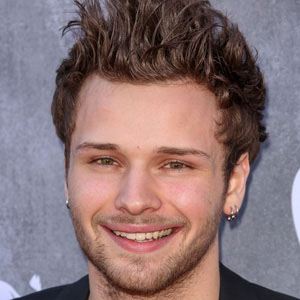 American country music singer who released his debut single If You Want Some in February 2013. He signed with Show Dog-Universal Music in 2011

In 2011, he started touring with popular acts such as The Band Perry.

His debut single received three-and-a-half stars from Taste of Country music reviewer Billy Dukes, who praised him for being one of the most confident country music singers in 20 years.

He was raised with family in Holland, Massachusetts. He has a sister named Tina and a brother named Nick.

He has toured with fellow country music singer, Toby Keith.

Joel Crouse Is A Member Of