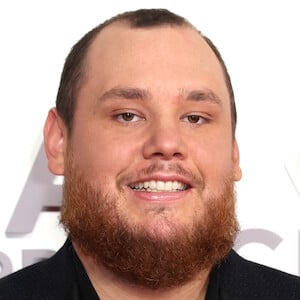 An up-and-coming country singer and songwriter based in Nashville, he started covering country songs and posting them to YouTube. His first original single "Hurricane" was released in April 2015.

He attended A.C. Reynolds High School, where he played football and sang with various music groups. He began playing shows at Appalachian State University and realized he wanted to pursue a music career in Nashville.

His first single "Hurricane" landed on the iTunes' Top 10 Country Charts in 2015.

During his U.S. tour in 2015, his mother came to surprise him at one of his shows. In 2019, he got engaged to Nicole Hocking and the couple married in August 2020. On January 20th 2022, Combs and Hocking announced that they are expecting their first child together.

He and Blaire Hanks played the Exit/In in Nashville together.

Luke Combs Is A Member Of