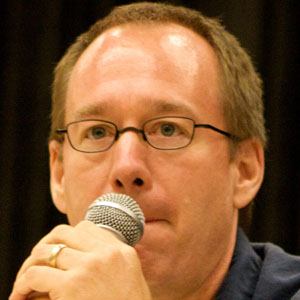 American writer, comedian and actor who created Mystery Science Theater 3000 and starred in it as Joel Robinson. He is also the creative lead for media at a technology company in Pennsylvania called Cannae.

He began his career as a magician and a ventriloquist.

He was born and raised in Stevens Point, Wisconsin.

He and Kevin Murphy both worked on Mystery Science Theater 3000.

Joel Hodgson Is A Member Of