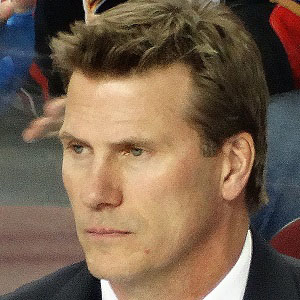 Center who played for the Calgary Flames from 1984 to 1995 and the Philadelphia Flyers from 1995 to 1998; known for his defensive and faceoff skills.

He played hockey at Bemidji State in Minnesota and was the first player to ever have his jersey retired by the school.

He was a member of the Calgary team that won the 1989 Stanley Cup.

He was known for clashes with center Mark Messier, who played for Calgary's rival, the Edmonton Oilers.

Joel Otto Is A Member Of