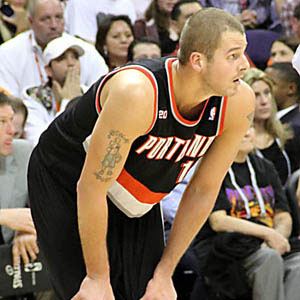 NBA center who joined the Milwaukee Bucks in 2012 after playing the majority of his career with the Portland Trail Blazers.

He was selected 9th overall in the 2000 NBA Draft by the Houston Rockets after playing two seasons with the University of Minnesota.

He had two sons, Anthony and Jayden, with his wife Noelle.

Joel Przybilla Is A Member Of