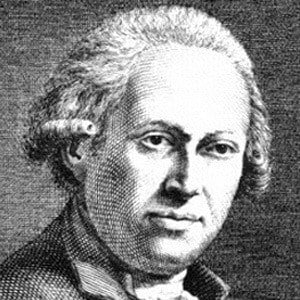 German botanist and naturalist who was active in the late 18th century. In his career he described and named many species of gastropods.

He graduated from the University of Tubingen in 1768 with an MD.

He had a number of notable students including Georg Friedrich Hildebrandt, Carl Friedrich Kielmeyer, and Friedrich Stromeyer.

His father, Philipp Friedrich Gmelin, was a professor of botany and chemistry.

He was active in Germany during the same period as master composer Ludwig van Beethoven.

Johann Friedrich Gmelin Is A Member Of