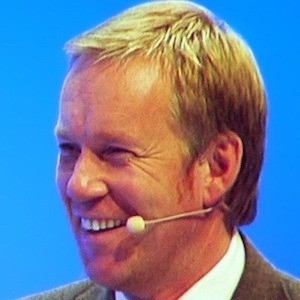 Broadcaster most famous as the host of "The Johannes B. Kerner Show," which he began hosting in 1998. He was previously the host of the popular soccer-themed show "Bundesliga."

He dropped out of school in Berlin and began his television career as an intern at Sender Freies Berlin.

Sport Bild Magazine named him as the most well-liked sportscaster of the year for 1996 and 1997.

He has also been the host of the weekly cooking show "Cooking with Kerner," which has featured notable celebrity chefs like Jamie Oliver.

Johannes B. Kerner Is A Member Of