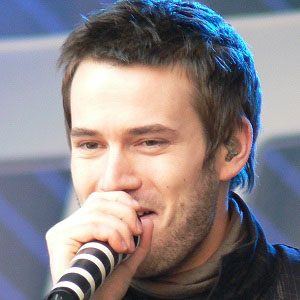 Singer-songwriter best known as a member of the German rock group Revolverheld. The band has released the platinum album Revolverheld and the designated Gold recordings Immer In Bewegung and In Farbe.

The group went through several name changes, including Manga and Tsunamikiller, before settling on Revolverheld.

The son of musicians, he grew up in Bremen, Germany. He has a son with longtime partner Anna Angelina Wolfers.

He is a contemporary of fellow German singer Sofia Toufa.

Johannes Strate Is A Member Of