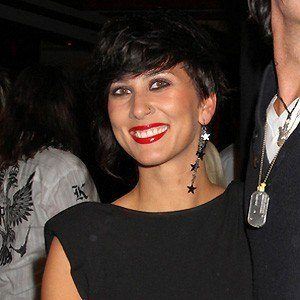 German singer and dancer who has had a solo career and has been a collaborating vocalist for such acts as Deadmau5 and Savoy.

She started her music career at thirteen years old in the group Danacee, which supported groups like Destiny's Child.

She was a backup singer for Britney Spears on her Circus 2009 World Tour.

She became engaged to Tommy Lee of Motley Crue in 2014.

She co-choreographed the music video for Avril Lavigne's song "Girlfriend."

Sofia Toufa Is A Member Of