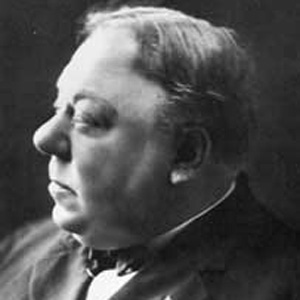 Plump American comedian and silent film actor who is considered to be one of the first modern celebrities. He appeared in a dozen silent films from 1910 to 1915 and his career paved the way for future rotund stars like Fatty Arbuckle and Jackie Gleason.

He worked as a grocery clerk, joined a touring minstrel show, and was the stage manager for various companies.

He took out a $100,000 insurance policy on his face and his death, from Bright's disease, was publicized internationally through the printing press.

He married to Clara Scallan in 1890 and had two sons with her, one of which eventually became an actor.

He was among the greatest early screen comedians by Vachel Lindsay in 1915.

John Bunny Is A Member Of