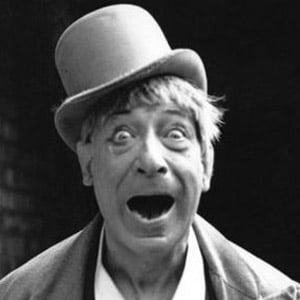 Remembered for such Cockney-flavored, comedic signature songs as "I'm Henery the Eighth, I Am," "A Little Bit of Cucumber," and "Boiled Beef and Carrots," this songwriter, vocalist, and comedian was a star of the early-twentieth century British music hall scene.

When he was just fifteen years old, he performed at the Royal Victoria Music Hall in East London.

While pursuing his comedy career, he also founded a business called WH Crump and Sons that provided carriages for fellow traveling comedy performers.

Born William Henry Crump, he grew up in London's East End as the son of Matilda Watson Crump and Henry Crump. His marriage to his comedy music tour accompanist, Sarah Potteweld, resulted in four children.

He and Arthur English were both comedians in the music hall tradition.

Harry Champion Is A Member Of