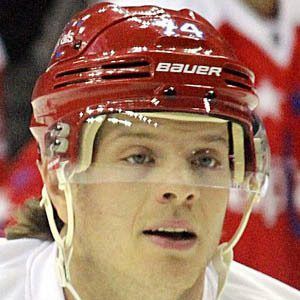 Defenseman who was a first round pick of the Washington Capitals in the 2008 NHL Draft. He signed a six-year, $23.8 million contract extension with the team in 2012 and helped the team win a Stanley Cup title in 2018.

He scored his first career goal against goalie Cam Ward in March 2010.

John Carlson Is A Member Of