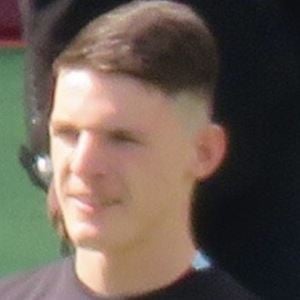 Centre-back or defensive midfielder for both the club West Ham United as well as England's national team. He joined West Ham's senior club in 2017.

He started off with Chelsea FC's youth system. He was called up from West Ham United's youth squad to their senior squad for the first time for the games against Sunderland and Everton in April 2017.

His grandparents on his father's side were from Douglas, County Cork. He grew up in Kingston upon Thames. He has had a girlfriend named Lauren Fryer. The two have a son together.

He finished as runner-up for the 2017-18 Hammer of the Year award behind Marko Arnautovic.

Declan Rice Is A Member Of