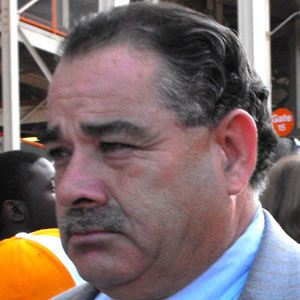 Football coach nicknamed "The Chief" best known as a defensive coordinator and linebackers coach with teams like the Tennessee Volunteers and LSU Tigers. He won the Broyles Award as the best assistant coach in the nation in 2011.

He was born in Dillon and was a guard on the University of Tennessee football team.

He is often credited with ushering the zone blitz style of defense into college football in the 90's.

He has sons named John and Jason.

He won a national championship with the Tennessee Volunteers under head coach Phillip Fulmer in 1998.

John Chavis Is A Member Of