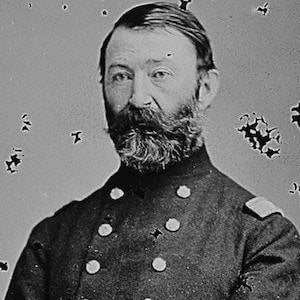 American lawyer, Union Army general and politician who was New York State Attorney General from 1864 to 1865. He was a colonel of the First United States Chasseurs at the beginning of the Civil War.

He studied at Union College, but then graduated from Hamilton College in 1831.

He was nominated by the Radical Republican party run for the vice-presidency alongside John C. Fremont. However, Fremont dropped out of the race soon after.

He was born and raised in Palatine, Montgomery County, New York.

He and Norm Coleman both served as state's Attorney Generals.

John Cochrane Is A Member Of