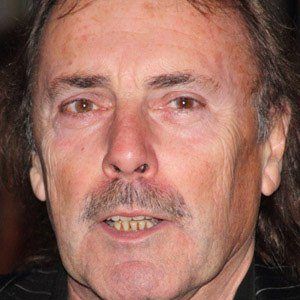 He attended Kingsdale Comprehensive School but left to become a mechanic.

He was in the super group The Rockers.

His first marriage produced a daughter named Charlotte. His marriage to his second wife, Gillie, lasted many decades.

He was in Status Quo with Ricky Parfitt.

John Coghlan Is A Member Of