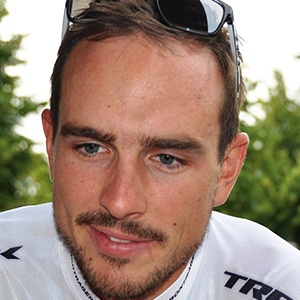 German professional road bicycle racer. He is known for his association with the UCI WorldTeam Trek Segafredo where he races as a classics rider and sprinter. He is also known for his Instagram presence and shares photos of his riding along with other lifestyle content with his over 150,000 Instagram followers.

He first began his amateur racing career in 2008 when he became a part of the Thuringer Energie Team. In 2011 he joined his first professional racing team the HTC-Highroad.

He has won several major wins for his cycling including the UCI Europe Tour in 2012 as well as the individual stage of the 2013 Giro d'Italia in the Grand Tours Series.

He was born and raised in Gera, Germany.

Other professional cyclists from Germany include Jens Heppner, Viola Brand, and Judith Arndt.

John Degenkolb Is A Member Of