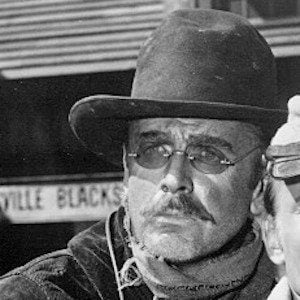 Character actor who played the villain on many television shows of the 1960s.

He took an animator job with Walt Disney.

Before his television career, he was known to radio audiences as Paladin on Have Gun Will Travel.

He was married twice and had two children with his first wife, Roma Leonore Meyers.

John Dehner Is A Member Of