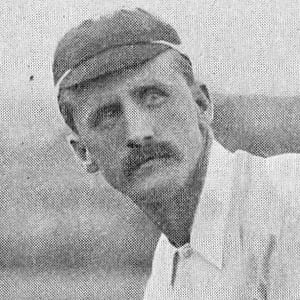 He played for Nottinghamshire from 1882-1905, where he was a dominant player and a captain.

He was a terrific all-around athlete as a teenager.

In addition to his cricket career, he played club soccer for Notts County and Corinthians, and made an appearance on England's national team.

He was born in Grantham, Lincolnshire, and died in The Park, Nottingham.

He is part of a long line of Nottinghamshire captains, which includes Brian Bolus.

John Dixon Is A Member Of