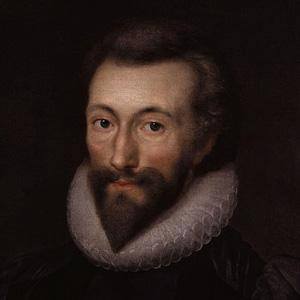 English metaphysical poet who is remembered for such works as Pseudo-Martyr, An Anatomy of the World, and Devotions upon Emergent Occasions. His most famous individual poems include "A Valediction: Forbidding Mourning" and "The Canonization."

He attended the University of Cambridge, but his Catholic faith prohibited him from taking the Oath of Supremacy, which was a graduation requirement.

His poems often dealt with sexuality, love, religion, and death.

He married Anne Moore in 1601 against the wishes of Moore's relatives. He had a total of ten children.

He and George Herbert were contemporaries and fellow metaphysical poets.

John Donne Is A Member Of