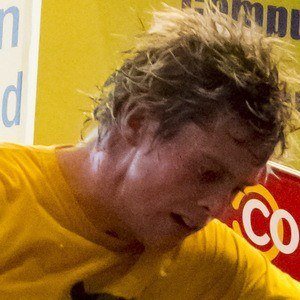 Soccer freestyler who is known for having held a number of Guinness World Record, including most around the worlds in under a minute. He has also maintained his popular Football Magic YouTube channel, where he has regularly showcased his skills.

He began practicing freestyle soccer at age 14, and largely gave up his professional club career aspirations. He trained at a Brazilian Soccer School in Manchester, England.

He auditioned for the 2009 season of Britain's Got Talent. He has earned more than 10,000 subscribers to his YouTube channel.

His father played professional soccer in England for Burnley.

He and Kieran Brown are both known for their prolific soccer freestyling careers.

John Farnworth Is A Member Of