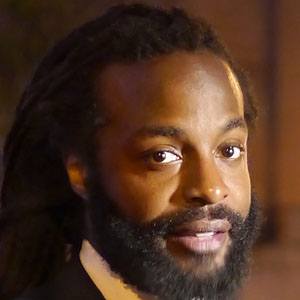 Best known for his songwriting, production, and performance work with the popular 1990s group The Fugees, this hip hop musician also recorded such solo albums as I, John and Water Light Sound.

His excellent grades and early talent as a classical violinist earned him a scholarship to the prestigious Phillips Exeter Academy. Following his graduation from the boarding school, he briefly studied music production and business at New York University.

His work on The Score, a 1996 multi-platinum Fugees album, earned him a Grammy nomination.

He was raised in the Brownsville neighborhood of New York City's Brooklyn borough.

He was mentored by singer and songwriter Carly Simon. When he was arrested in 2000 for possession of cocaine, he was helped by Simon, who fought for him to have a fair trial.

John Forte Is A Member Of