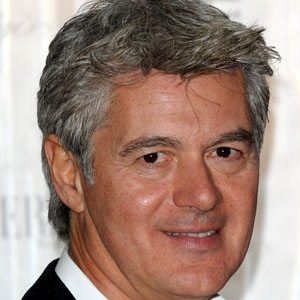 Known for creating the John Frieda line of hair care products, he also founded an elite beauty salon that catered to celebrities.

During his high school years, he worked at a London hair salon owned by his father.

In his late thirties, he lived in New York City and co-designed the Frizz Ease line of products with fellow stylist Gail Federici.

His marriage to the Scottish pop vocalist Lulu resulted in a son named Jordan (who grew up to be an actor and restaurateur). John Frieda's later relationship with Frances Avery Agnelli produced another son and a daughter.

John Frieda Is A Member Of