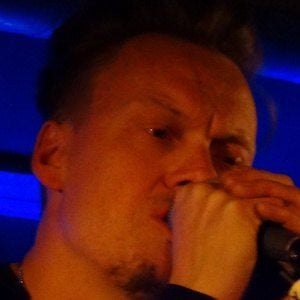 Otherwise known as Johnny Vic, he is a musician best known as the mind behind the one-man-band Satellites. He initially became known as a co-founder of the now-defunct English rock band Budapest.

He grew up surrounded by orchestral instruments and, determined to be self taught, refused to take music lessons.

After his departure from Budapest in 2006, he released a couple albums under his own name, including Departures which was named Britsound Radio's British Album of the Year.

His father was the head of the music department at the University of Warwick. His mother and two sisters are all opera singers. He eventually settled in Denmark with his girlfriend and son.

He played himself opposite Tamzin Outhwaite in the 2003 BBC One television drama Final Demand.

John Garrison Is A Member Of