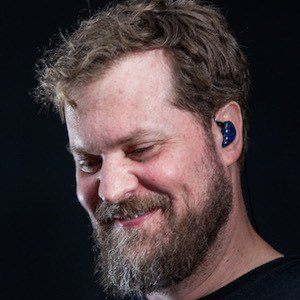 Singer and pianist who originally came to fame as the frontman of the alternative rock band The Czars. He later embarked on a hugely successful solo career, releasing albums like 2013's Pale Green Ghosts, which earned him a Q Award nomination for Best Solo Artist and was named Rough Trade's Album of the Year.

He was born in Buchanan, Michigan and grew up in Parker, Colorado. He formed The Czars with Chris Pearson in 1994.

He publicly announced his HIV-positive status at a concert with Hercules and Love Affair in 2012.

He is openly gay and has been in a relationship with an Icelandic graphic designer.

His song "Queen of Denmark" was covered by Sinead O'Connor on her 2012 album How About I Be Me (And You Be You)?

John Grant Is A Member Of