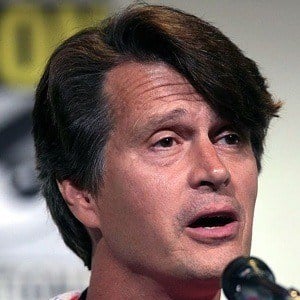 American business executive who is widely known for having founded and acted as CEO of the software development company Niantic, Inc. With the company he oversaw the development of the best selling augmented reality app Pokémon Go.

He attended the Haas School of Business at the University of California, Berkeley.

In 2001, he co-founded the geospatial data visualization firm Keyhole.

His company Keyhole was spotted by Google co founder Sergey Brin. In 2004 Google bought Keyhole for $35 million dollars in stock.

John Hanke Is A Member Of