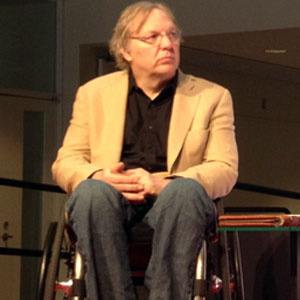 Journalist and author who hosted the Public Radio show The Takeaway which airs in New York.

He worked as a correspondent for Dateline in 1996.

He has five children with his wife Alison Craiglow Hockenberry, whom he married in 1995.

He gave a negative review of Million Dollar Baby, directed by Clint Eastwood.

John Hockenberry Is A Member Of