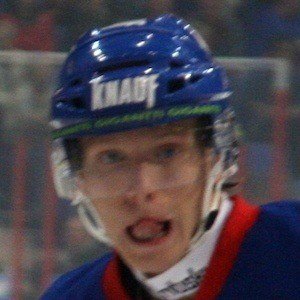 Defenceman who was named to the 2014-15 NHL all-rookie team during his first season with the Dallas Stars. In 2017, he won the IIHF World Championships representing his native Sweden.

He spent his early years with Lerums BK and later joined the Frölunda HC youth system.

He finished first in points among all rookie defenceman for the 2014-15 NFL season.

He is the younger brother of hockey player Carl Klingberg. He also has a brother named Olle.

His first NHL goal came against Mike Smith of the Arizona Coyotes.

John Klingberg Is A Member Of