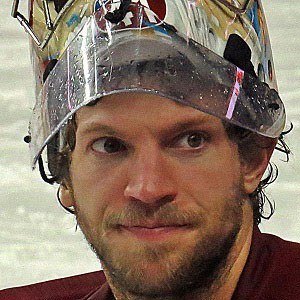 Canadian goaltender most famous for his years as a member of the Tampa Bay Lightning and Phoenix Coyotes. He won a gold medal as a backup on the Canadian Olympic Hockey Team in 2014.

He began playing for his hometown team, the Kingston Frontenacs, in the Ontario Hockey League in 1999.

In October 2002, at 20 years old, he became the youngest goaltender to score a goal in the history of professional hockey.

During his first season in the NHL, he lived with Dallas Stars goaltender Marty Turco.