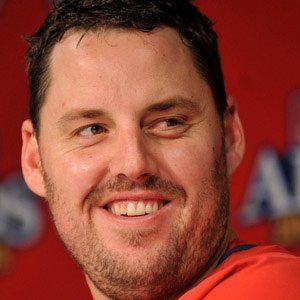 He played one season at the University of Texas at Arlington.

Despite being a rookie in 2002, manager Mike Scioscia threw him out on the mound for game 6 of the World Series against the San Francisco Giants and Lackey pitched well enough for the Angels to clinch the title.

He and his wife of three years, Krista Clark, divorced in 2012

He played alongside third baseman Troy Glaus on the Anaheim and Los Angeles Angels.

John Lackey Is A Member Of