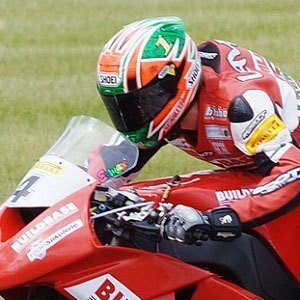 Motorcycle racer who emerged as a champion of the Cup class of the British Superbike Championship. He has ridden for Aprilla RSV4, BMW S1000RR, and Northwest Ducati.

After playing tennis and racing motocross at a younger age, he switched to circuit racing in 1999.

His season began slowly in 2009 after switching to the Hawk Kawasaki team.

He is the middle child of two brothers who are also racers.

He credits John Mcenroe as a sporting hero of his.

John Laverty Is A Member Of