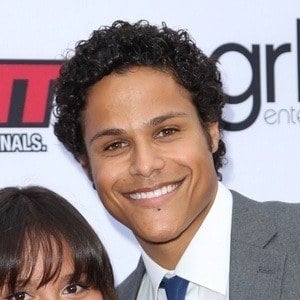 Best known for portraying Noah Carver, AKA the Blue Megaforce Ranger, in both Power Rangers Megaforce and Power Rangers Super Megaforce, he also acts and serves as a producer and occasional director for the series The Best Friends Club.

A graduate of Harris County High School, he intended to go to Columbus State before being offered a partial scholarship to New York Film Academy to study acting.

He was cast in a 2015 film called Bad Night alongside Jack McBrayer, Casey Wilson and Julianna Guill.

He was born in Atlanta, Georgia to parents Joey and Ramona Loudermilk. He is one six Loudermilk children with three of them, including him, being adopted. He married Brianna Loudermilk on April 27, 2014.

John Mark Loudermilk Is A Member Of