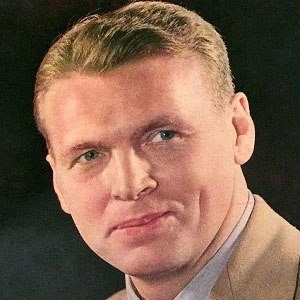 American actor most widely remembered for his roles in the classic 1940's films A Foreign Affair and To Each His Own. He was also a highly-respected Broadway actor who won acclaim for his roles in productions like William Shakespeare's As You Like It and New Faces of 1943.

He dropped out of high school and began working in the advertising business in the 1930's. He acted in several amateur productions in Rochester, New York before appearing on Broadway.

John Lund Is A Member Of