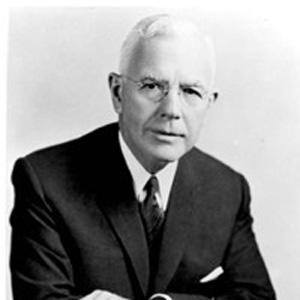 Republican industrialist who founded Bechtel-McCone and worked for the ITT corporation.

He received a mechanical engineering degree from University of California, Berkeley in 1922.

He was the director of the CIA at the height of the Cold War.

He grew up in San Francisco and was a part of the family business that his grandfather started.

He served under John F. Kennedy as head of the CIA and supported him on nuclear weapons issues.

John A. McCone Is A Member Of