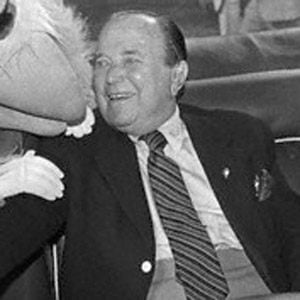 Businessman responsible for turning McDonald's into the world's dominant fast-food chain after buying the business for $2.7 million in 1961.

He illegally worked for the Red Cross as an ambulance driver during World War I. He joined the company in 1954.

He was the owner of the San Diego Padres baseball team from 1974 until 1984. He and Colonel Harland Sanders of Kentucky Fried Chicken fame both experienced late-in-life success after they had both turned 50.

He was married three times, with two of his marriages lasting for more than 30 years.

He was included in Time 100: The Most Important People of the Century along with Oprah Winfrey.

Ray Kroc Is A Member Of