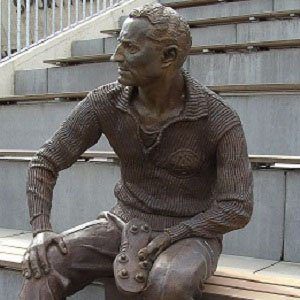 German entrepreneur best remembered as the founder of the sportswear company Adidas. He brought the company to international prominence by equipping athletes with Adidas gear during the Olympic Games, beginning in the 1920s.

He was born in the town of Herzogenaurach and trained as a cobbler after World War I. He originally founded Adidas as the Dassler Brothers Shoe Factory along with his brother in 1924.

He was a member of the Nazi Party and designed boots for the unified armed forces of Germany during World War II.

Adolf Dassler Is A Member Of