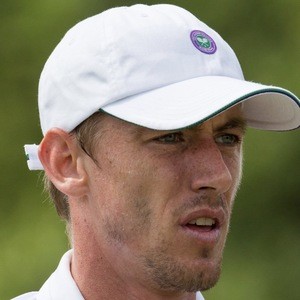 Hugely popular Australian singles tennis star who finished in the quarterfinals at the 2018 US Open. He had previously been ranked the #52 singles male tennis player in the world in July 2018 after first breaking the top 60 in 2016.

He made his ITF junior debut in 2004. He later debuted in the junior Grand Slam at the 2006 Australian Open.

He represented Australia at the 2017 Davis Cup, where he led the group to a semi-final finish. He won the 2018 Open du Pays d'Aix tournament.

He is the second oldest of five total children.

He lost to Novak Djokovic at the 2018 US Open in the quarterfinals.

John Millman Is A Member Of