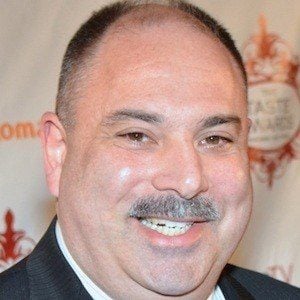 Chef and YouTube sensation best recognized as the host of the insanely popular recipe channel Food Wishes. The channel and it's accompanying blog have earned well over 3.7 million subscribers. He has also authored several eCookbooks for Allrecipes.com.

He graduated from Paul Smith's College in 1983, receiving the title of Outstanding Chef Training Student. He later went on to work in countless jobs in the food industry before beginning his YouTube career in 2007.

Before launching his YouTube channel, he worked as an instructor at the California Cooking Academy in San Francisco for five years.

He married Michele Manfredi and settled with her in San Francisco, California.

Both he and Laura Vitale are popular chefs who gained a following through YouTube.

John Mitzewich Is A Member Of