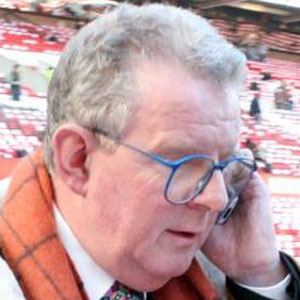 Soccer commentator from 1971-2008, who was the BBC's prominent soccer voice.

He began his sports career as a journalist in 1963, and in 1967 began working for the Sheffield Morning Telegraph.

In 2001, 32% of British soccer fans voted him Britain's favorite commentator.

His final call came in the UEFA Euro 2008 final, when Fernando Torres scored the only goal in Spain's 1-0 victory over Germany.

John Motson Is A Member Of