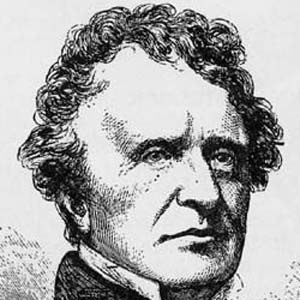 Multi-talented author and critic who also worked as a political activist, architect, boxer, and lawyer. His published works include The Down-Easters, Battle of Niagara, and Errata.

He began law school in Baltimore in 1815. During this period, he founded a literary group called The Delphian Club.

He wrote a column for Blackwood's Magazine and published a novel -- Brother Jonathan, or the New Englanders -- during the 1820s.

He grew up in Portland, Maine as a member of a Quaker family.

As a literary critic, he aided the careers of Edgar Allan Poe and Charles Codman.

John Neal Is A Member Of