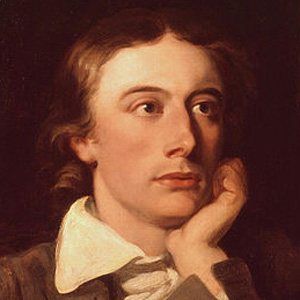 Major Romantic poet who wrote "Ode on a Grecian Urn," "Ode to a Nightingale," and other famous works. The first edition of his Complete Poetical Works was published in 1899, nearly eight decades after his death.

He worked in his youth as an apprentice to a surgeon and apothecary.

His "To Autumn" is one of the most highly regarded English-language poems.

He was romantically involved with Isabella Jones before famously falling in love with Fanny Brawne. Keats' death from tuberculosis at age twenty-five ended his hopes of marriage to Ms. Brawne.

He was a friend of fellow Romantic poet Percy Bysshe Shelley.

John Keats Is A Member Of