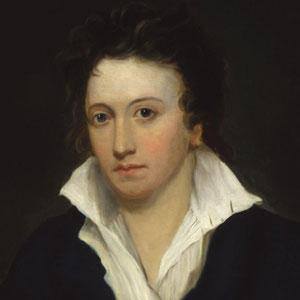 Major Romantic and lyric poet whose most famous works include Ozymandias, Ode to the West Wind, and Queen Mab. At the time of his death, he was working on The Triumph of Life, a work that was published posthumously in 1824.

He attended University College, Oxford, but was expelled from the school in 1811. He published his first literary work, Zastrozzi, in 1810.

His famous verse drama, Prometheus Unbound, was published in 1820.

He was married twice: first, to Harriet Westbrook and more famously to Frankenstein author . He had two sons, Percy and William, and a daughter, Clara.

Karl Marx was an admirer of Shelley's work.

Percy Bysshe Shelley Is A Member Of