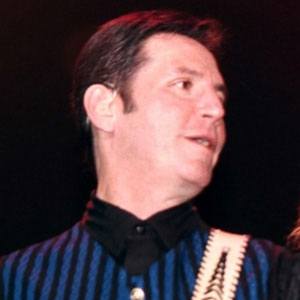 Drummer who performed with the rock band, Styx, the group known for songs like "Mr. Roboto" and "Come Sail Away."

He founded a band called Tradewinds with his neighbor and future Styx bandmate Dennis DeYoung in 1961. When he was twelve years old, he performed at weddings.

He was unable to tour with Styx in the mid-1990s because of a battle with cirrhosis of the liver, which resulted in his untimely death at the age of forty-seven.

He grew up with his fraternal twin brother, Chuck, in the Roseland neighborhood on the South Side of Chicago.

His memory was honored by Tommy Shaw in a song titled "Dear John."

John Panozzo Is A Member Of