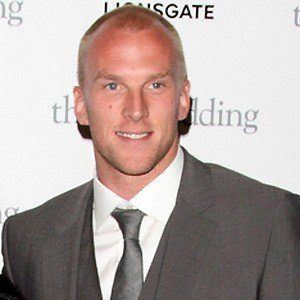 English goalkeeper who debuted for England's national team in 2012 and joined Norwich City in 2010 after a season with Motherwell.

He began his career with Cambridge United in 2004.

His international debut came against Italy in August, 2012, and he didn't allow a goal in the match.

He began playing under manager Roy Hodgson on the English national team.

John Ruddy Is A Member Of