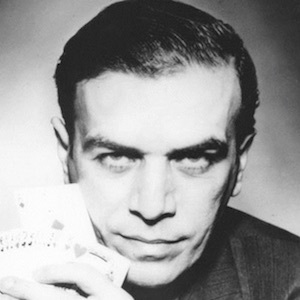 Former magician who is most remembered for his card trickery and manipulation.

He decided to drop out of school in the eighth grade and accepted a job with a local card shop, where he learned scam tricks like the The Three Card Monte.

He wrote over 15 books (and co-authored several others) on gambling and magic over the course of his career.

He served as Paul Newman's hand double in the film The Sting, where he had to quickly perform card manipulation and deck switching.

John Scarne Is A Member Of